I have fielded many calls over the last few months from disgruntled buyers saying “where are all the cars?” or “I can’t believe how high the prices are!” Well these inquiries are actually a cause and effect phenomena. The pandemic has caused a huge shortage in vehicles and equipment on the market causing prices to skyrocket. If you have something to sell, now is the time!

At North Toronto Auction (NTA), we feel the effect of this as well. For differing reasons, our main consignment sources have been affected by the pandemic causing a trickle-down effect and limiting the number of assets being offered at auction.

One of our main sources of consignment is our many government and fleet contracts. On any given month you will see surplus fleet vehicles from entities such as the Province of Ontario, City of Toronto, Hydro One, Toronto Transit Commission or Metrolinx. All of these fleets trust NTA to sell their consignment in a transparent setting. But the pandemic has caused strain on their fleet management. Staffing issues with closures have affected their operation, auction destined vehicles have been redeployed for emergency use, and the Factories making new cars and equipment were closed; causing delays in receiving their new replacement vehicles. This has led to the fleets having to keep their existing vehicle far longer then normal and sending less to the auction.

Another of our consignment sources is finance repossessions. We work with many institutions to auction assets that have been repossessed due to failure in payment. You might think that in a struggling economy repossession numbers at the auctions would increase. However, many lenders are working with customers through these tough times. Lenders are repossessing less. This has caused a decrease in these volumes, and a strain on supply.

Finally, our thousands of dealers who consign trades and aged inventory on weekly basis have really been affected. Their dealerships have been restricted through government closures; the new car stores haven’t received their 2021 models causing them to lose valuable business. In survival mode, many dealers have been retailing vehicles they would typically send to auction. Again, auction volumes lower and the demand increases.

As we progress in 2021 and things hopefully open back up, volumes will return. We have seen it starting already. But in the meantime, it is no doubt a seller’s market. So, if you have stuff to sell, take advantage. They don’t come around like this very often. 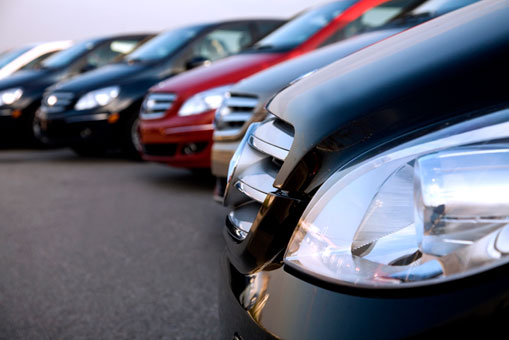 I have to admit, I am not a social media person. Like, not at all. I am on zero social media platforms, have never tweeted anyone, and have limited texting skills. It just doesn’t interest me. But I do read a lot of books, and while one of my favourite business books is called Social Media is Bullshit by B.J. Mendelson , I do think there is value in writing a social media blog for our customers especially in these unique times. This will keep you informed of the changes we are experiencing and how we are dealing with them at North Toronto Auction. Therefore, for as long as I think they are prudent and I have something to say, I will post a blog about industry news and trends and all the happenings at North Toronto Auction. The first ever blog comes in the first week of 2021. A time where we say good-bye to 2020 which for NTA was one of the most challenging in our 17-year history. In March 2020 our world was turned upside down. With Covid-19 and required government restrictions, we haven’t hosted a live auction since. I feel for staff, auctioneers, and customers who have been affected by this. No one could ever plan for this. Negativity these days is everywhere. You can’t avoid it. But I refuse to have my first blog another piece of negative news. So, this inaugural blog will focus on some of the things we have done since March 2020 to keep North Toronto Auction a premier location to buy and sell your vehicles, equipment, and recreational items….• The biggest move we made was in March 2020 and we launched our new website at www.northtorontoauction.com and webcast platform . This was necessary to accommodate all of our buyers and seller who were traditional attendees at our physical auctions and keep them enjoying their auction experiences. It has been a huge success and the biggest change we made. • We created the auction Pro Subscription for our VIP’s. I can’t count how many regulars we have at our auction. People love being part of something. They love purchasing and selling vehicles, equipment, and toys the auction way. We wanted a way that this very important part of our business can enjoy the same benefits as our registered dealers do. We launched the Pro Subscription in May and almost 1000 people have subscribed. The subscribers get access to market reports, entry to specialized auctions, permanent log -ins, and more for only $10 per month. It’s a no-brainer for anyone who loves auctions. • We became the first auction in Canada (or North America perhaps) that offered our public buyers a no questions asked 72-hour return policy for cars and trucks. If you don’t like, just bring it back. Its an amazing tool for people who are new to the auction way of buying. That being said, we are amazed at how few people use it because they love the car they purchased.• We started supplying Canadian Black Book Values on all applicable vehicles. The Black book is the industry standard for vehicle valuations. Our buyers now have this information when shopping with us. • Recognizing money may be tight in these tough times, we partnered with Prefera Finance to offer people another alternative to pay for their purchase. Public buyers can get pre-approved before the auction and simply shop away.All of these things were implemented this year to assist in transitioning people to online way of buying cars. We talk everyday about ways to make the user experience even better. In 2021 we have even bigger plans! We will be launching AutoGavel in the next few weeks our new online marketplace which will be a game changer in the industry! Stay Tuned!I want to thank all of our loyal customers and dedicated employees who have had their lives turned upside down by the pandemic. Our goal is to keep bringing you great auctions, any way we can. Thanks for reading, Matt